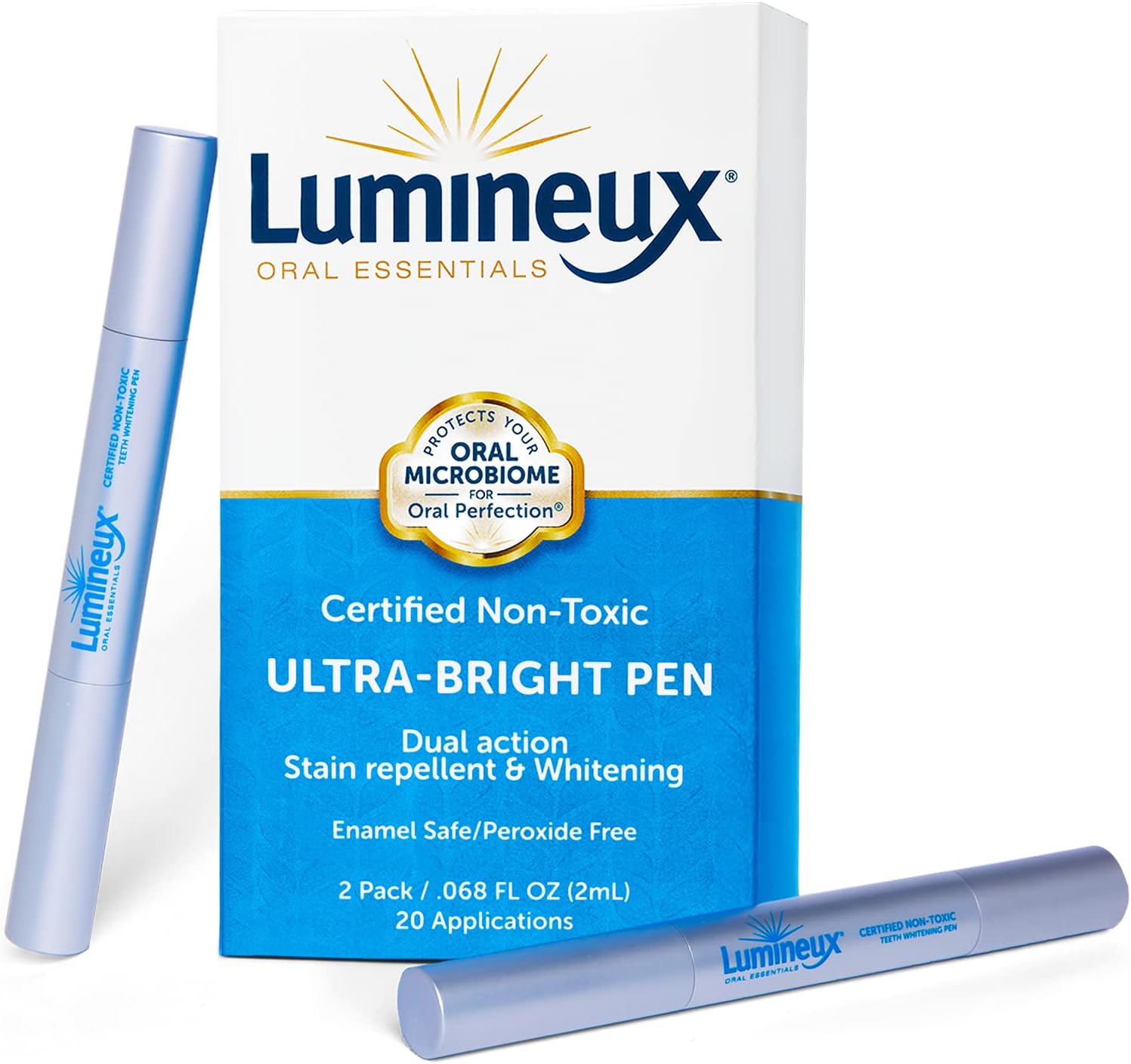 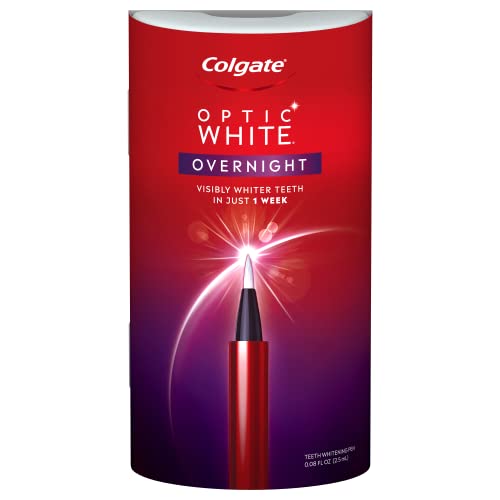 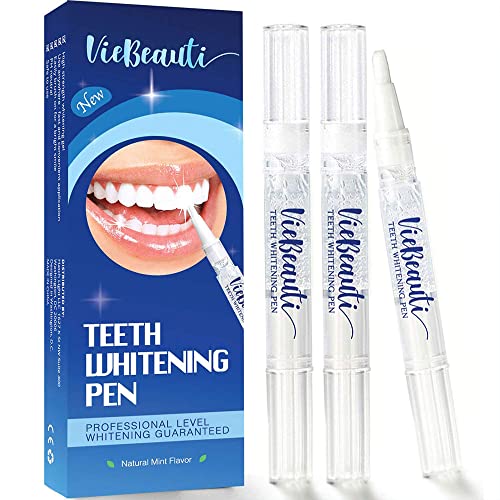 How Do Crest Whitening Emulsions Work?

Unlike many other teeth-whitening treatments, Crest Whitening Emulsions Pen does not trigger tooth sensitivity.

This is a typical adverse effect of several tooth-whitening treatments that use hydrogen peroxide as a whitening component.

Crest Whitening Emulsions include a significant quantity of hydrogen peroxide (9.5 %). However, it does it in a unique method compared to other brands.

To understand how this works, you must first understand what an Emulsion is.

What is an Emulsion?

An Emulsion is a unique method of combining two generally incompatible substances, such as oil and water. This is accomplished by suspending one within the other: Tiny droplets, referred to as the “distributed phase,” are dispersed in the surrounding liquid, known as the “continuous phase.”

Crest’s product can now do two things as a result of this:

This is what distinguishes Crest Whitening Emulsions from other whitening solutions. It whitens more powerfully and for a longer period with little to no sensitivity.

Unlike toothpaste and paint-on gels, the Crest Whitening Emulsions Pen has highly active peroxide droplets contained in a water-resistant foundation to whiten teeth with little irritation.

To know more about the best teeth whitening pens and how they work. 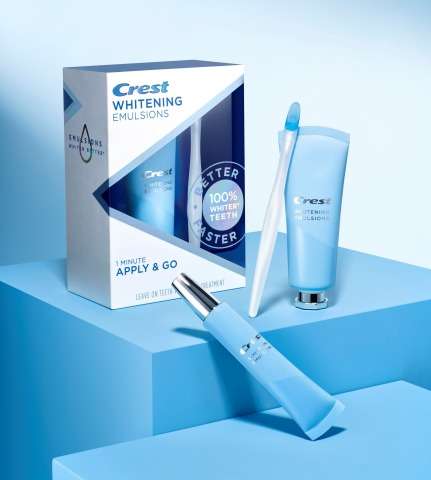 Squeeze the tube so that the teeth whitening Emulsions cover the whole tip of the pen.

Swipe on within seconds

Apply the product immediately and abundantly, making sure to cover all of your teeth’s surfaces. Use as many applications as necessary to completely cover all of the teeth you want to whiten!

You may now show off your brighter teeth. Avoid eating or drinking for 30 minutes after using the Emulsions for the greatest effects.

Get clean and go

Before storing your pen, carefully clean the tip with a tissue, paper towel, or wipe to ensure it is ready to use the next when you whiten your teeth. Check that the lid on your tube is securely fastened. 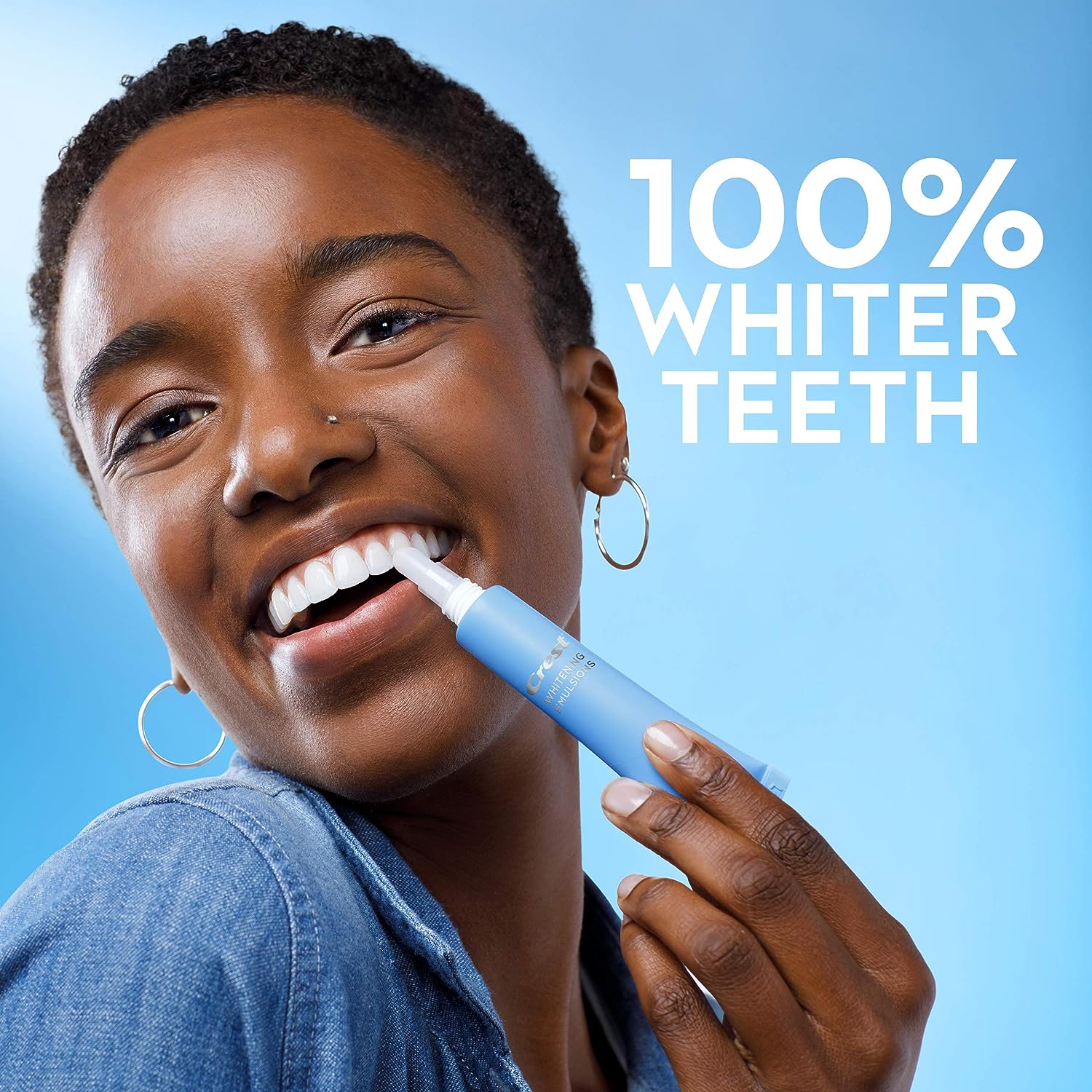 If you’ve been putting off whitening your teeth due to tooth sensitivity, the Crest Whitening Emulsions pen might be the solution!

Unlike other teeth whitening treatments, which rapidly dilute and wash away, this mixture stays on longer to whiten teeth with less irritation.

Crest Whitening Emulsions Pen is safe to use up to four times per day. Continue to apply for 14 sessions for visibly brighter teeth.

Crest Whitening Emulsions has received positive feedback from customers. Allure magazine even granted it their Best in Beauty Award for 2021.

The enamel is the tooth’s outermost coating. It guards against tooth discoloration, decay, and sensitivity.

When enamel is compromised or eroded, your smile becomes more prone to several oral health problems.

Some teeth whitening methods might weaken tooth enamel. So, seek a whitening pen that is suitable for daily use on enamel, like Crest Whitening Emulsions Pen.

The unique composition is particularly developed to be gentle on dental enamel and may be used up to four times per day for even greater whitening effects.

If you’re unclear whether a whitening product is enamel-safe, ask your dentist for personal advice.

We also recommend using these 17 best teeth whitening pens as a great alternative.

They are budget-friendly and as effective as professional treatments.

So, while looking for the finest whitening pen for you, search for one that is both effective and gentle on your teeth and gums.

Crest Whitening Emulsions Pen operate differently than other whitening pens because of their unique mix.

When it comes to whitening your smile, you want it done quickly and whiter.

Some whitening procedures may take weeks to produce results while controlling how and when they may be used.

Whitening pens provide the versatility of whitening individual teeth as well as rapid and easy application.

A pen with a built-in applicator provides you with the option of more accurate whitening from anywhere at any hour. 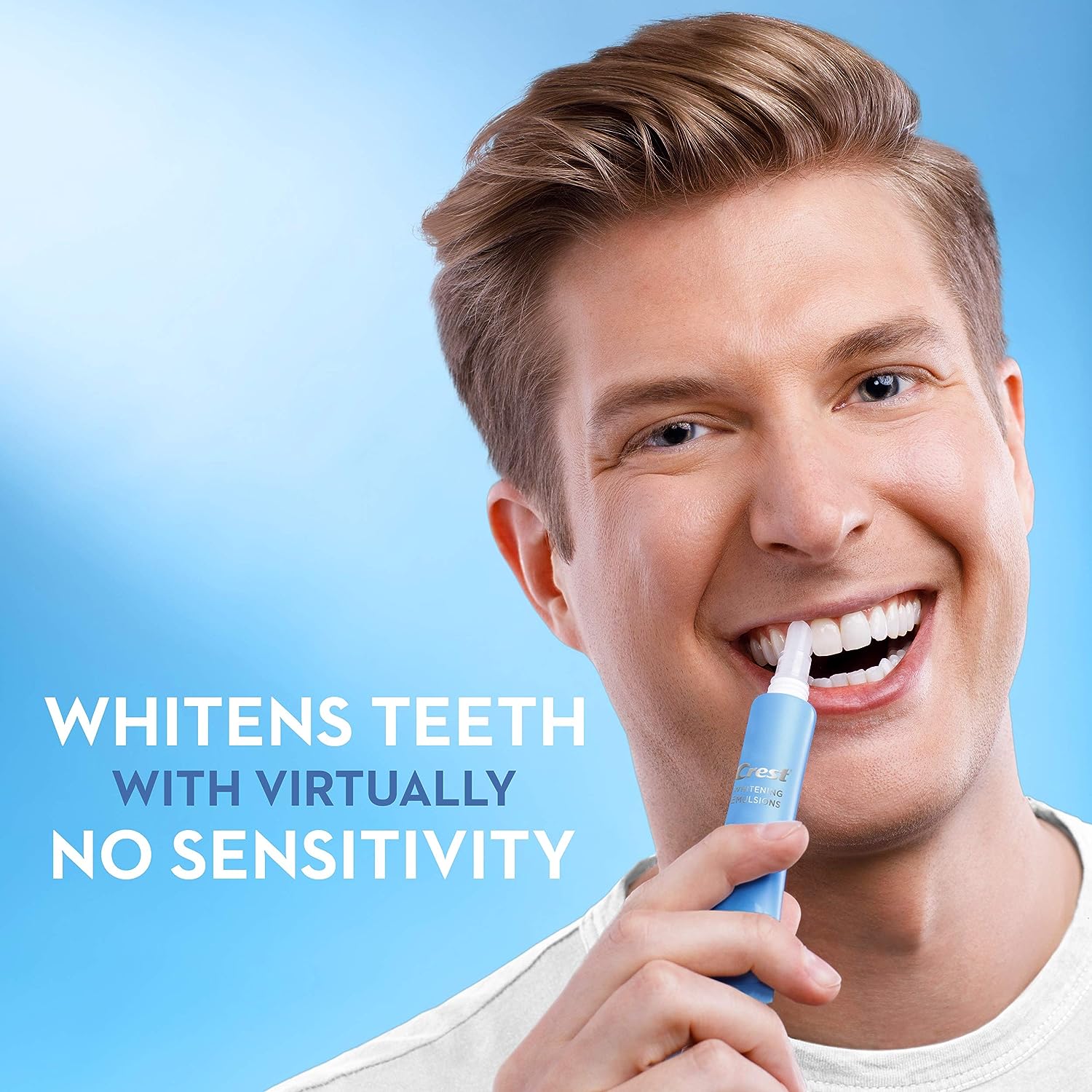 Q1. Do you brush your teeth after you use a teeth whitening pen?

We recommend cleaning your teeth before whitening. This is done to guarantee that all plaque (the sticky bacterium covering your teeth) is eliminated and that any whitening chemicals in the strip or gel come into close contact with your teeth.

Q2. How long do tooth whitening pens take to work?

Whitening pens take between two and seven days to work.

Their effects are generally short. These compact, portable plastic tubes are intended to erase spot stains and contain whitening gel.

Q3. When is the best time to use a teeth-whitening pen?

Whitening pens are most effective when used shortly after consuming stain-causing meals or fluids.

Q4. Can I eat or drink after using a whitening pen?

Teeth Whitening Pens do not have any edible gel, although a small amount should not be dangerous. The Whitening Pen is completely natural and safe to use.

Teeth whitening pens are useless for whitening teeth, although they can help keep them bright.